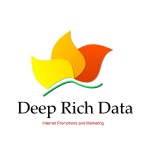 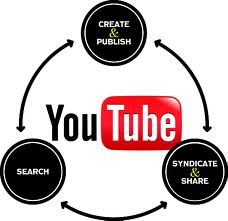 I was asked how a video is made to go viral and if it is possible to truly cause “Viral” to happen with any video.  I gave the following answer:

“That is what we do, but to “any” video, no.  There are many limits and challenges that factor into a video going viral.” Said Dr. Thomas R. Reich who developed The Deep Rich Data System which incorporates Twitter, Pinterest, videos, blogs and other factors.

Example 2 for Sony/Red; Jimmie Van Zant had only 2200 views on his new video “Unfinished Life” (He is part of the Lynyrd Skynard Family) I started promoting it last month and as of today it has 613,045 views, as well as an alternative posting that received over 140,000 views from the search hits it got because of  the promo on the main Sony/Red posting, totaling almost 800,000 views on the same video.

Going Viral is not possible without some added views, this is simply part of the process of going viral, but it also requires national linked press releases, full social media support, and the video must be good, watchable and “hooky”.  I am always interested in seeing what video project looks like before I even consider taking them on for

promotion.  We aren’t talking about production value or high dollar videos, but length, look and

If you check my LinkedIn background, you will see I am a very savvy old school promoter, 67

gold and Platinum Records from the old days, combined with top social media and internet experience today, I love to promote and that is the difference we have here.

That said, never put preconditions on viral video promotion, just as in record charting some tricks must be used, but as you can see the Van Zant video, it is monetized and “bot” views will not work in those postings.  Also remember if more than 5-7% of views on a video are “bot” or click through views, YouTube suspends the video and drops the views from the total.

is from a known artist, it is a great song and the video itself is appealing.  “Unfinished Life” had a bit of controversy which always helps (all news is good news in promotions), naturally we created the controversy, and that controversy started the attention and its path towards a viral video.  When fans old and new clicked on “Unfinished Life” they stayed on it in large numbers.  Many did not stay long, but this is the way it is with any music video.  People (viewers) click on winners, the higher the traffic the higher in the search results and the higher the click rate of viewers looking for something new, but you will never see 100% full views ever in my experience!

seeing it you want to show it to everyone in the office, Democrats

think it is funny in a bad way, Republicans in a good way, and Jeb Bush actually commented he loved it!  This was a Viral Video in the truest sense of the word, it was an unexpected big hit, and was an unpaid advertisement in today’s pay per click world!

Here you have seen two examples of the kinds of videos that can go viral, but the trick is to bring the right video together with the right promoter, only than the

alchemy of “Viral Video” can happen.

“Is it an automatic thing to promote a viral video,  “absolutely not, it takes an IT factor as well, we had the Bush Library dedication for Barter Rewords and the Van Zant tour for “Unfinished Life” to boost the interest”

I Love to discuss promotions of any kind, let me know what you are doing in your viral video promotions and send some videos to view, I love good video, weather I promote them or not!