Warning: imagecreatefromgif(): '/homepages/14/d527252077/htdocs/clickandbuilds/TRoblinReich/wp-content/uploads/2012/06/sunday-school-31.gif' is not a valid GIF file in /homepages/14/d527252077/htdocs/clickandbuilds/TRoblinReich/wp-content/themes/themify-ultra/themify/img.php on line 261
 HUBZone Certification

HUBZone Certification —How Does a Business Get Certified? 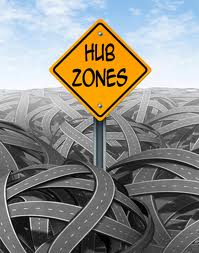 HUBZone Certification—How Does a Business Get Certified?

Are you a small business owner located in an economically distressed urban or rural community with high unemployment or low income levels?  Are you looking for help with federal contracting and interested in becoming certified in the U.S. Small Business Administration’s (SBA) Historically Underutilized Business Zones (HUBZone Certivication) program?

If so, you may be eligible for the program if you can answer yes to the following questions.  Ask yourself:

HUBZone Certification Program – What is it?

The HUBZone Certification program — enacted in 1997 – helps small businesses located in HUBZones get contract help, thus promoting job growth, capital investment and economic development in economically depressed areas, in both rural and urban communities, and on Indian reservations.  The federal government has a goal of awarding 3 percent of its contracts each year (measured in dollars) to eligible HUBZone certification small businesses.  In FY 2010, the federal government awarded $11.97 billionto HUBZone Certification firms.

Small businesses certified in the HUBZone Certification program are eligible for three types of contracts including:

How do I Know If My Business is in a HUBZone Certification Designated Area?

HUBZones are located across the U.S. and its territories.  These areas are largely based on unemployment and income data.   These areas include:

To see if your area is a designated HUBZone Certification and to apply for the program, visit www.sba.gov/hubzone.

On September 1, 2011, the SBA informed HUBZone companies by e-mail of the expiration of some redesignated areas on Oct. 1, 2011, the date the Census Bureau publicly released the first results of its 2010 decennial census.  Redesignated areas are HUBZones that lost their HUBZone Certification eligibility before October 1, 2008, generally because of changes in their unemployment and/or income status, but were temporarily redesignated as HUBZones Certification until Oct. 1, 2011.

Since some of the redesignated areas will no longer be HUBZones, the SBA encourages small businesses located in these areas to go to the HUBZone Certification locator on its Web site to determine whether they are located in one of these expiring areas. 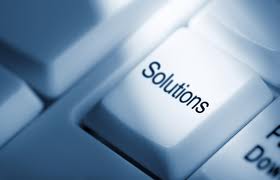 Certification contract may continue to work on the contract.

Contact Business Consultant Howard Walker for more info at Felix@Bizcentralusa.com or call him at (407) 857-9002

Register Now, even if you can’t attend we will send you a link to the recorded webinar after the event.

Your Friends in the Struggle,
BizCentral USA

How to Write a Strategic Plan 10 Tips and Tricks to make Your Website a Lead Generating Machine!